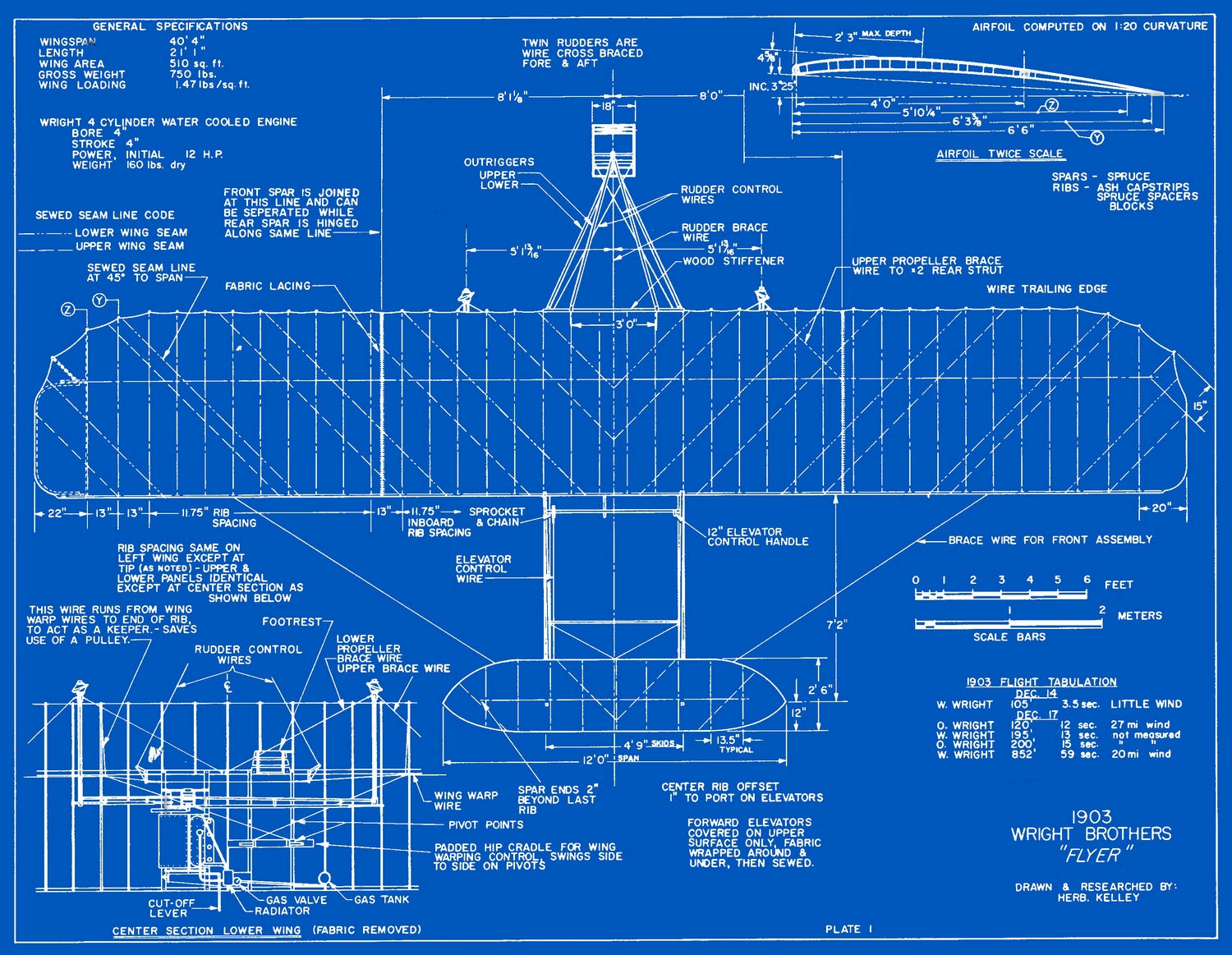 EVENT: The brothers successfully conducted the first free (no tethering), sustained and controlled flight in history of a self-propelled, heavier-than-air aircraft.

On December 17th, 1903 the Wright Brothers, Orville and Wilbur, were the first to successfully launch ("take off") a powered aircraft and maintain control... oh, and successfully return to earth ("land") under control without injury or death. Their success was no accident or stroke of fortune, they had made many attempts previously and were quite certain on this trip to the dunes of Kitty Hawk that they would have success - their successful results came to be because they had a plan for success, a "Blueprint for Success".

They made all the appropriate adjustments in their plan; they brought 5 sets of replacement parts, because that was the average number of parts needed in previous attempts; they selected a time and place with ideal conditions, again, based on previous attempts they knew what was necessary to succeed, relatively steady winds and a soft landing ("crash") zone; they gave instructions to their family as to what to do if they received a telegram declaring the Brother's success... to me, the most notable thing about how thorough their plan for success was and how certain they were of their coming success, is the fact that the Brothers actually flipped a coin to decide who would pilot the craft on this historic attempt... Orville won the toss.

Do need a Plan: